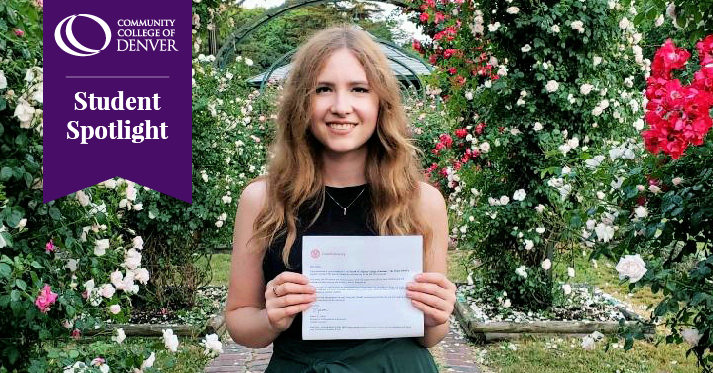 Despite excelling at Morey Middle School in the highly gifted program, Denver native
Sarah Frazier’s grades slipped at East High. “I fell into a bad crowd outside school,”
she says. Although she barely graduated in 2011, she didn’t connect it to drinking. At
Colorado Mesa University (CMU), her drinking escalated. She rarely attended classes
and moved home after a month or two. Over the next few years, Frazier got fired from
job after job but still didn’t connect it to drinking. By 21, she was drinking all day,
polishing off an entire bottle of vodka and using drugs. “I would intend to have two
drinks but five drinks later… l still kept chasing that carefree feeling I had when I
started drinking. Eventually, I pushed everybody away.”

One night after getting thrown out of a bar, Frazier called an Uber even though she’d
driven. While waiting, she decided to drive home. She received a text and glanced up
from her phone to find herself hitting a police car and then driving away. Released
from jail and awaiting sentencing, she underwent random drug testing. “I still
couldn’t stop drinking,” she admits. “I had technically committed a felony and if I
screwed up, it could ruin my life.” Frazier entered recovery in the summer of 2016,
thinking her life was over. Instead, she found a vibrant community of young, sober
people. “That’s when I saw it is possible,” she says. She worked at Whole Foods
Market for the next year and a half, turning her life around. “I started having the
nagging thought that I could go back to school,” she says. Encouraged by her
boyfriend, Frazier decided to try a couple of classes online at Community College of
Denver (CCD) in January 2018. “I got two A’s and thought, ‘holy crap, maybe I can do
this,’” she says.

Frazier quit Whole Foods, landed a job at a tax firm, and took additional classes,
including her first on-campus class in public speaking. “It was exciting to connect
with other students coming straight out of high school, military people, single
parents. I wanted to do more classes on campus and get an associate degree in
business.” She got into Phi Theta Kappa (PTK), the international honor society for
community colleges requiring a 3.5 or higher GPA. “I met students on the same kind
of journey, working to achieve goals they once thought impossible,” she says. “I’d
never done anything that deserved recognition. I kept feeling, ‘when is the other shoe
going to drop?’” Frazier channeled the energy she’d once put into drinking into
working full-time, excelling in school, and continuing to volunteer by helping others
struggling with addiction. With support from CCD business professor Lynn Wilson,
she participated in rigorous honors classes. “He pushed me to go beyond what I
thought I could do,” she says. “I got Excel certified with his encouragement.” Through
her academic advisor, Nicole Rice, Frazier also participated in the Women Intentional
about Success and Excellence (WISE) program. “She really encouraged me and
brought together this group of women with amazing stories trying to achieve their
best,” Frazier says.

Although Frazier planned to apply only to in-state, four-year colleges after earning
her associate degree, that changed when her boyfriend was laid off and wasn’t
finding jobs in Denver. The couple looked at other cities where he could get a job and
she could go to college. He accepted a position in Syracuse, New York, and Frazier
applied to Syracuse University and Cornell University. “I really didn’t think I’d get into
Cornell,” she says. “Their business school acceptance rate is ridiculously low. I
worked really hard on my essay and letters of recommendation. When I got their
acceptance letter, I cried.” She had just celebrated four years of sobriety in June 2020
when she received her financial aid package granting her a full-ride scholarship.

After earning her bachelor’s degree, Frazier plans to apply to Cornell’s JD/MBA dual
degree program. “Before CCD I didn’t even think I could succeed in a couple of
classes,” she says. “It gives you an opportunity to get better and better without
throwing money away. There’s so much support for people who might be out of step
with society because of drinking or because they’re single parents or just didn’t have
the right privileges. They help you stay on track and find avenues to achieve your
dreams.”