As open access institutions, community colleges support a diverse range of students: refugees, working parents, career-changers, and learners who aren’t sure of their next steps. CCCS Chancellor Garcia was one of the latter, taking introductory law classes at a local community college in Virginia while working as a truck driver. The experience launched his career as an attorney and sparked a lifelong mission to improve higher education access and outcomes for all students.

In this reflection celebrating Community College Month, Chancellor Garcia shares his path to higher education leadership, what he has observed in his career, and how community colleges can continue to support students like him. 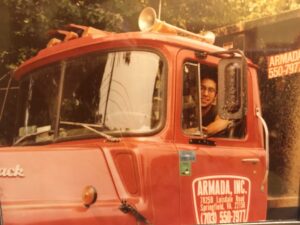 Most people who knew me as a student would be shocked to see that I found my way into higher education where I have now worked for the past 25 years. I was not a particularly good or motivated student in high school or college until I got involved with some cultural affinity and political advocacy groups in college. In fact, I was in danger of being forced out due to poor academic performance. However, my involvement with the United Mexican American Students organization at the University of Colorado and with the Chicano law student organization at Harvard Law School, energized and motivated me as a student while also helping me develop an interest in and focus on equity and representation in postsecondary institutions. That interest has never waned.

What I observed will not come as news to anyone involved in higher education. Students of color were not enrolling at a rate that was proportional to their representation in the broader community and their completion rate was far lower than the completion rate for white and middle/high income students. The representation of the minority community among faculty and administration was even worse.

While I begin my career as an attorney and not as an educator, my interest in educational equity was reignited when my children, who are biracial (Black/Chicano) entered the local public school system and I begin to see, once again, the stark differences between the way children were viewed by the system that was responsible for educating them. I became an active member of a local organization called The Chicano Unity Council that advocated for equitable treatment and outcomes for all students. That advocacy work ultimately caused me to pursue a leadership role at the local community college, Pikes Peak Community College, where I served as president for five years and had the opportunity to actually put my long-held beliefs into action. 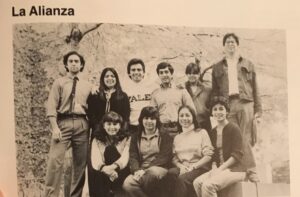 After five years at Pikes Peak, I was encouraged to seek the presidency at Colorado State University-Pueblo, an HSI in southern Colorado. Again, given my interest in expanding opportunities for first generation, low income, and BIPOC students, I could not pass up the opportunity. Both at Pikes Peak and CSU-Pueblo, and later when I became the Executive Director of the Colorado Department of Higher Education and the Lieutenant Governor of Colorado, I remained focused on post-secondary enrollment and outcomes for underrepresented students.

Working with organizations like HACU and Complete College America, I learned that there was so much we could be doing to be more effective in achieving those goals. Unfortunately, institutions that serve a high number of low-income students and students from minority communities often have far less in resources than those more “prestigious” institutions that tend to serve the wealthy and the white.

Community college students are capable, are resilient, and are exactly who we need to educate if we want to build a strong economy for our state and our nation.

Not surprisingly, our outcomes lag behind, but we are slowly gaining ground as we learn how to provide the support services that so many of our students need. We also have been more effective at working with those four-year universities to ensure that they will accept our students, and all their credits, for transfer into universities that previously made such transfers exceedingly difficult. What they have learned, and what we have always known, is that community college students are capable, are resilient, and are exactly who we need to educate if we want to build a strong economy for our state and our nation.

Of course, if we want students to attend community colleges, we must do a better job of creating a “culture of success” so that students take their time spent with us seriously and see real opportunities for long term success and employability. That means moving students into college level courses as soon as possible, rather than forcing them to spend time in developmental, non-credit bearing classes where they spend time and money, but, too rarely, advance to college level coursework and credential completion. We have to believe in their ability to succeed, sometimes more than they do, and then support them with academic, financial, housing, transportation, childcare and other support services so that they have a realistic chance of doing so. We also need to make sure that our program offerings are relevant and rewarded in the current job market so that they can obtain living wages and economic independence. 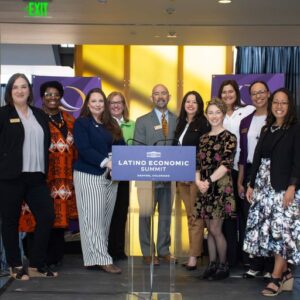 I have been very fortunate to have the opportunity to work with students and in communities that matter to me, and it has made every day rewarding. Students who I knew 20 years ago stay in touch to tell me about their jobs, their families, and their victories, and nothing is more motivational than those connections. I would encourage everyone who cares about their communities to pursue careers at access institutions where you can, on a daily basis, meet amazing students who are on their way to improve their lives and aid their families. Forty years ago, I was driving trash trucks during the day and taking classes at the local community college at night. Now, I get to work with students who are just like that and help them imagine and ultimately obtain the kind of life I have been lucky to live.